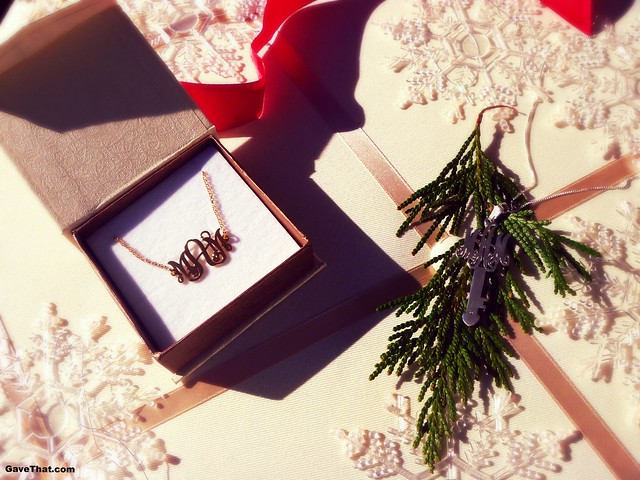 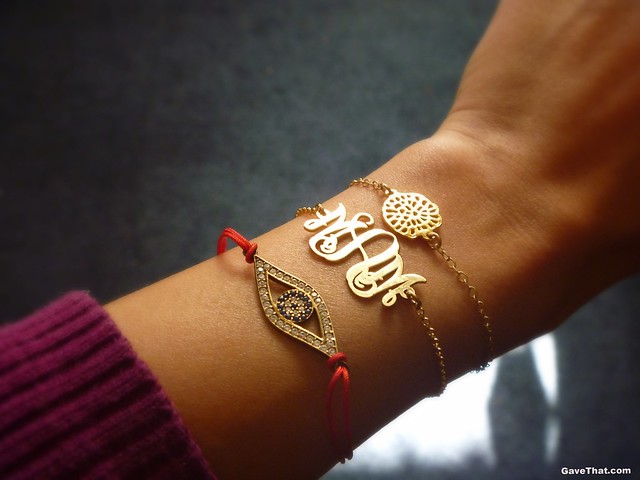 Every year one major question pops up the most... what's the best gift to give? What's truly unique? What about the person who has everything? If there is one gift to seek out (and order right now!) this year, it's something personalized. Monogrammed darling. Not only because it's having a moment right now but because it trumps the dreaded duplicate. You know the monogrammed one is the keeper.

Keep reading for more about these pieces by oNecklace and a guide to picking out the perfect monogrammed gifts: 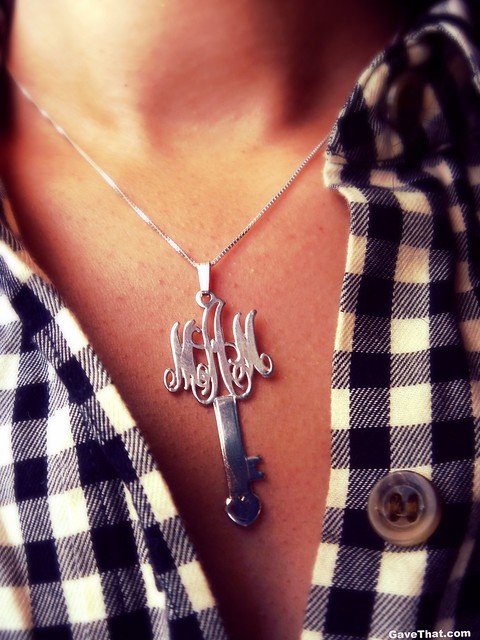 There are a couple... OK three, things to think about when it comes to monogrammed gifts. One major one is to order ASAP. These pieces are handcrafted and can take a few weeks to arrive. oNecklace does such a lovely job of packaging, complete with gift bag, that they're absolutely give as is which is time saving in itself and perfect to send directly to someone. The other two are more about style and form.
Since monograms by nature draw a lot of attention to themselves (one would think I'm wearing the Hope diamond around my neck every time I wear mine), it's important that they're executed beautifully. Every piece I have received from oNecklace has been exquisitely cut and they have a lot of options for customizing not only the monogram and lettering style but the chains and lengths as well.
By tradition the style of the lettering is also important. For women the more ornate and scrolling the better, especially for jewelry. For men, the opposite is true with more of a simple block print preferred. As for the initials themselves, a single letter is the least personal, two is getting warmer and three letters are seen as the most well balanced. So which goes where?
Traditionally, in the west at least, ones surname initial goes in the center. The first name initial on the left and second on the right. Now that might be slightly difficult for, say one half of my family because they only have traditionally had two names or for those who's initials spell out something they're not cool with or just plain unfortunate. In my case I like to ignore the above because two M's together looks lopsided to me and one of my nicknames is Mam. Feel free to break the rules or to even skirt initials altogether in favor or nicknames, the same of someones business or a sweet saying.
Along with earrings, signet rings (oNecklace, which can also be found on etsy over here, now has midi rings!), bracelets and necklaces here are a few more classic gift ideas to monogram:
The pieces I'm wearing above from oNecklace are their silver Key Monogram Necklace in the 16 inch box chain and their 24k Gold Curly Small Monogram Bracelet. For other pieces from their monogram collection previously featured see here (name plate necklace) and here (earrings).
Necklace and bracelet c/o oNecklace, thank you! 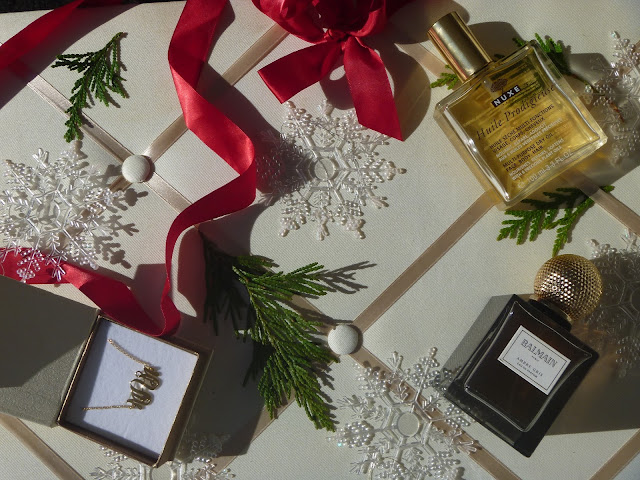