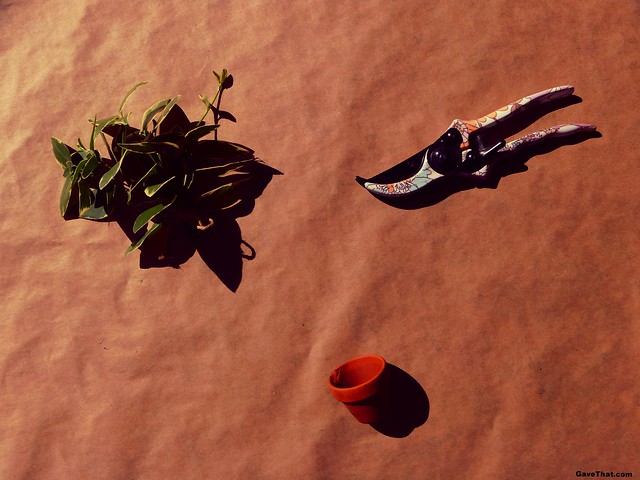 After soaking up the sun this summer (maybe a little too much!) the crispness has finally caught up with us and with it, tons of falling leaves. After cleaning out the beds it dawned on me how many of the plants growing there were actual gifts. A cutting here, a cutting there and in some cases entire plants from clear cross the country. It's actually not too late to still take and give cuttings of your own. Keep reading for a few trips that have served me well over the years: 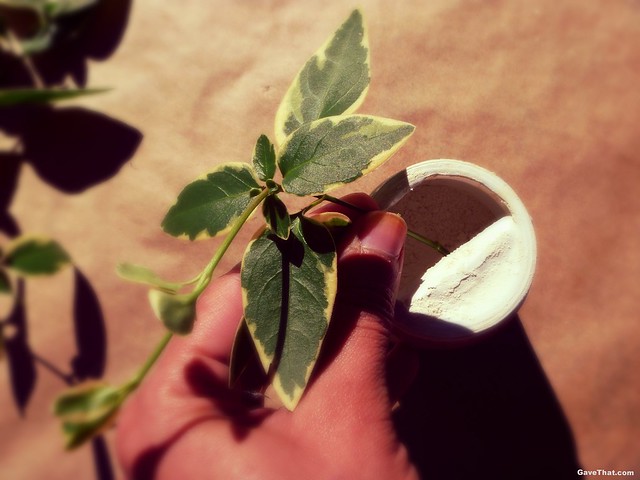 Back in the day if someone came over and admired your roses it was only polite to offer up a cutting known as a slip. Now many of us give store bought plants which are little more than rooted cuttings. The nice part about going DIY is, unlike this list of plants here, the cuttings you give have a much better chance of actually flourishing in their new home. My Grandmum's hardy Aloe Vera's are a great example. Hot house tropical plants on the other hand can go into shock when moved from their green house environment. The real cause of so many brown thumbs out there. Here's what you'll need to get started:
* Cuttings or pups
* Rooting hormone powder or tea brewed from willow bark
* Potting soil and sand
* Small plastic pots
* Plastic sandwich bags
* Close pins or chop sticks
Growing Tips:
The most important tip is not to try and feed or fertilize your growing plant. Instead gently water and leave it alone for at least 3 months. After that time you can look for new growth (leaves) or tug on it gently to see if it has rooted. Then it can be repotted into a pot a smidgen bigger and watered with a little plant food. 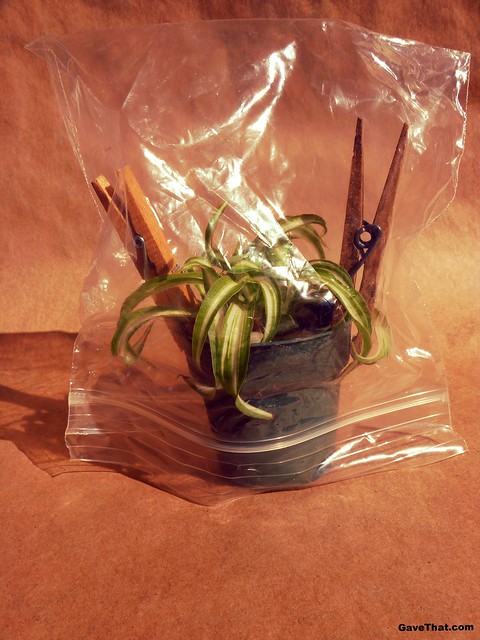