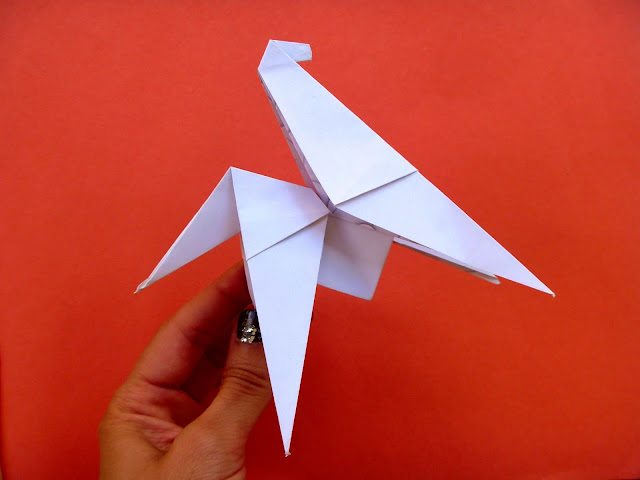 A while back Hermes released a printable template for creating a paper Jige purse which I showed how to make a canvas favor version of. Everyone went wild for it. Now they've done it again, this time with a perfumed origami style horse. After releasing a diagram on how to fold the same horses that graced Hermes' windows back in 2012 they more recently started to sell gift sets of these little guys to go along with their Champ libre candle collection. A discrete traveling companion, as they called it to pop in your pocket in place of a pocket square. Which made me think discreet alternative to teddy bears, for some reason, on Apollo 19-esk takeoffs. If so, that's kinda genius. You can see them over here.

Similar to what happened with the paper purses now these horses are starting to disappear from US catalogs so how about a DIY version? Keep reading for:

A couple things I noticed about these paper horses is 1) if you know how to or are familiar with classic paper cranes, these are very similar to fold. 2) these require two slits to be cut on each side which technically, as pointed out to me by an origami purist, removes them from oragami status and actually makes them kirigami. Kirigami involves paper cutting and folding while origami is purely folding. Either way these are fun to pop on top of presents in place of more traditional gift bows.

If you would like to see me folding the first diamond shaped base fold part of this tutorial see my previous video over here. 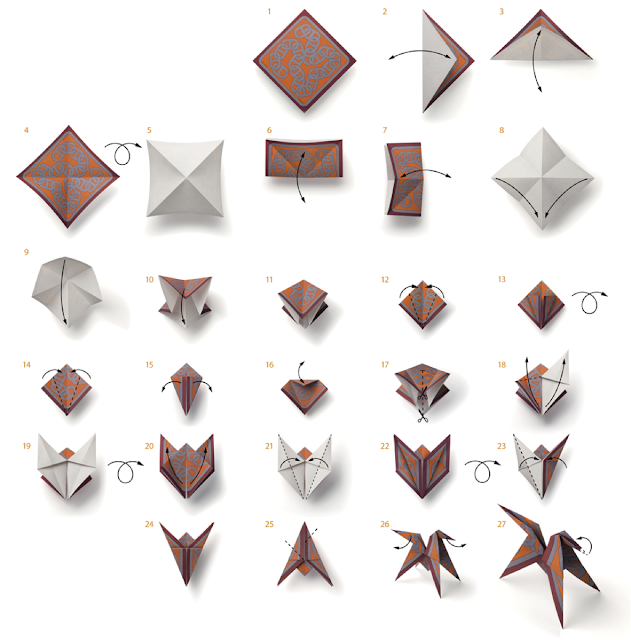 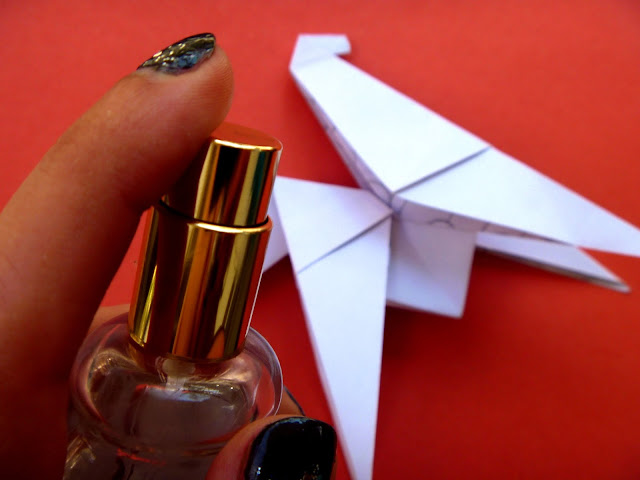 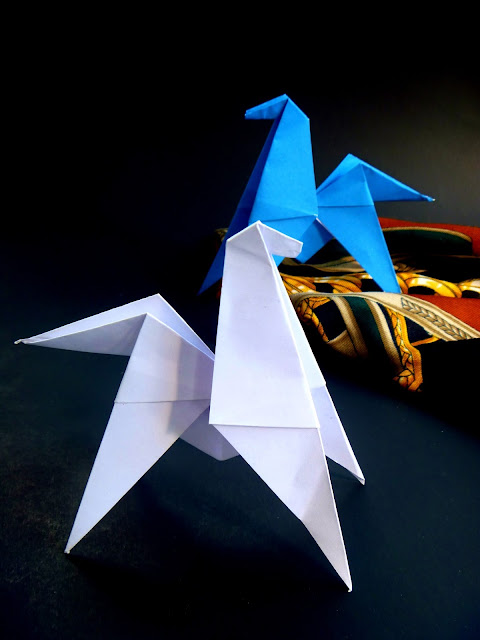 All that's left is a few spritzes of fragrance an you're done!


Image: mam for Gave That & diagram by Hermes
Email Post
Posted by Gave That Labels: How To Make How-To origami Perfume