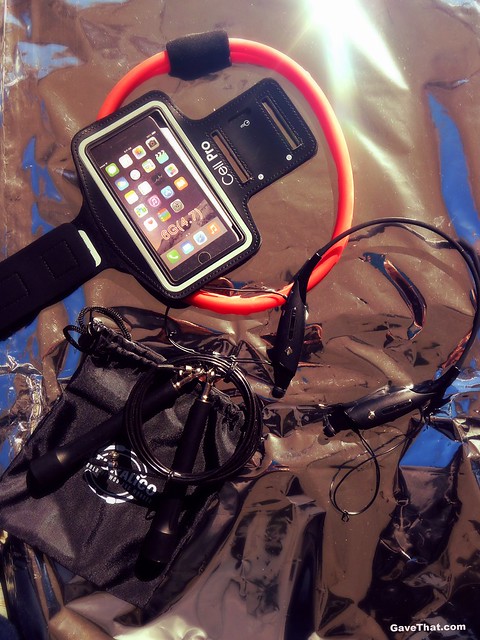 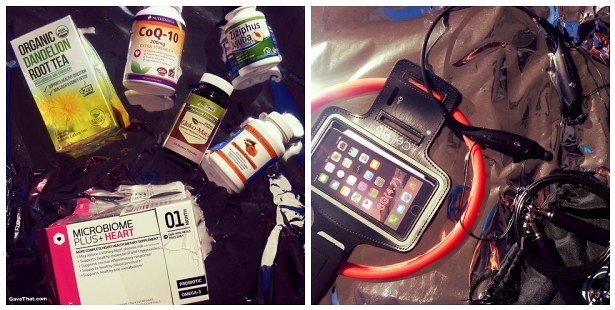 The sun was out, the ice bergs have finally melted off of the sidewalks and spring is just around the corner... need an upgrade?  Keep reading for nine favorite fitness finds:

Walking, running, using the weight machines or a favorite fitness app (shout out to FitnessBlender on YouTube!) these two things go together better than peanut butter and honey. First up are these Air Beatz bluetooth headsets by Advanced Soundz. Push one button and it basically sync's to up to two devices right out of the box then use the same button to answer calls or another to change songs. Since it's worn and looks as if it could be a futuristic necklace there are no long cords to get tangled and or chances of earbuds violently ripped from your ears. These were also some of the few that have a magnet to hold the earbuds when not in use so nothing is left dangling. Literally one of my best Amazon finds of the year. To go with it is a neoprene armband by Cell Pro which holds your phone and has little pockets built in to hold credit cards, money &/or a key. Why I waited so long to get one I don't know but I ended up ordering multiples to give as gifts. It ended up working perfectly with the Air Beatz too.

Now this was something to celebrate the snow finally melting, using my new jump rope by Naturalico. I guess some feel comfortable taking their's to the gym but I'm not there yet having whipped people in the face and watching others bring light fixtures down on themselves plus there's something invigorating about jumping in fresh air. That and pretending to be Rocky Balboa. We came pretty close thanks to it actually turning smoothly and the best part—it has little clamps that allow you to adjust its length.

On the supplement side of things and in keeping with my goals (NY resolution) of religiously taking my vitamins I've stumbled upon a few new things to add to the mix. As always, getting professional advice is key which I always do before starting anything supplemental, but one that's been on my annual list for years now is Dandelion detoxes. Teas (or tisanes really) are my favorite way to detox with Dandelion because it's, well, easier. The vitamins have really pilled up and it can be nice to sip something instead. This particular organic tea blend by Kiss Me Organics is one of the best I've drank to date as it blends cinnamon and hibiscus flowers with the Dandelion root. It still tastes predominantly of Dandelion which can be on the bitter side but the cinnamon and hibiscus have a lot of beneficial qualities on their own which totally enhance the way Dandelion root works. Especially when it comes to blood sugar levels.

Speaking of blood sugar levels, something else to check out is this blend by NaTuva called Gluko-Mata. They've basically rounded up almost everything beneficial to evening out blood sugar which in turn can help stop repeatedly hitting up the doughnut and birthday cake laden table or needing five tablespoons of sugar in your coffee thanks, in great part, to its inclusion of Chomium picolinate. They've also included some interesting traditional Ayurvedic herbs that I've been getting into recently, one in particular being the super brain food Moringa oleufera powder (more on that later on in the year).

To go along with that I also take CoQ-10 for heart health with this one being by Nutrissence, thanks to one bottle actually lasting for four months and since the Gluko-Mata dose not have that in it and Microbiome Plus + Heart probiotic's by Micropharma. These are interesting because along with the probiotic's comes a omega 3 fish oil from anchovies and sardines. Fish oil along with omega 6's have made some of the biggest chances, for the better, when it comes to joint movement and my skin so it's something I always buy each month. With this, for what you would normally pay for a probiotic alone, you get both. They also come in these cool blister packs with the days stamped on the back making it hard to  accidentally skip a day.

Two final things are these Chinese date aka Ziziphus jujuba extract made by Reduxa and Turmeric curcumin with BioPerine powder capsules by Optimal Nutrition. All of which can be found on Amazon. The Ziziphus jujuba was completely new to me and rather rare to find in a supplement although the taste, somewhere in the middle of a Goji berry and a graham cracker, really makes me want to snack on the actual dried Chinese date's themselves. What was really interesting was effect these potentially have on the skin. Remember the DNA-repairing serums I was gushing about? Well this seems to be a way of doing something similar from the inside out. Something else just as promising is the BioPerine in the Turmeric curcumin above. I've already raved about how helpful turmeric has been in dramatically lowering inflammation but now we have BioPerine which is an extract of black pepper. Some researchers attest that BioPerine can help with the absorption of turmeric or anything else you take along with it.

A lot of really interesting things are happening on the health front and its been fascinating reading up on these and many others. We'll see how much of an actual effect they have but so far it's looking good. 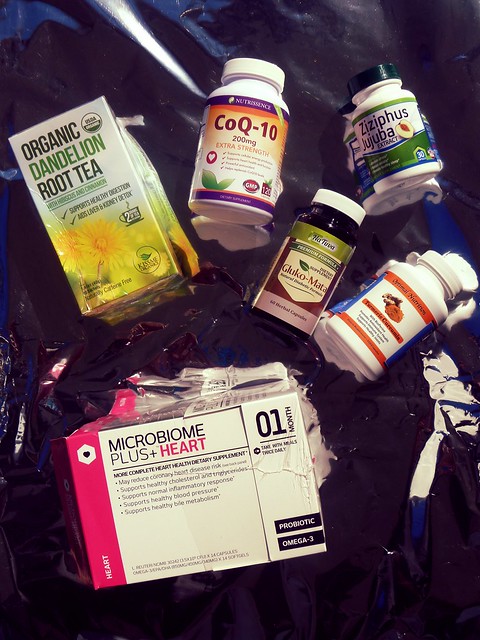 This is based on my own personal experiences with fitness and diet supplements and is not intended as a substitute for consulting with your health care provider. Please consult them before taking any new supplements or exercise programs.