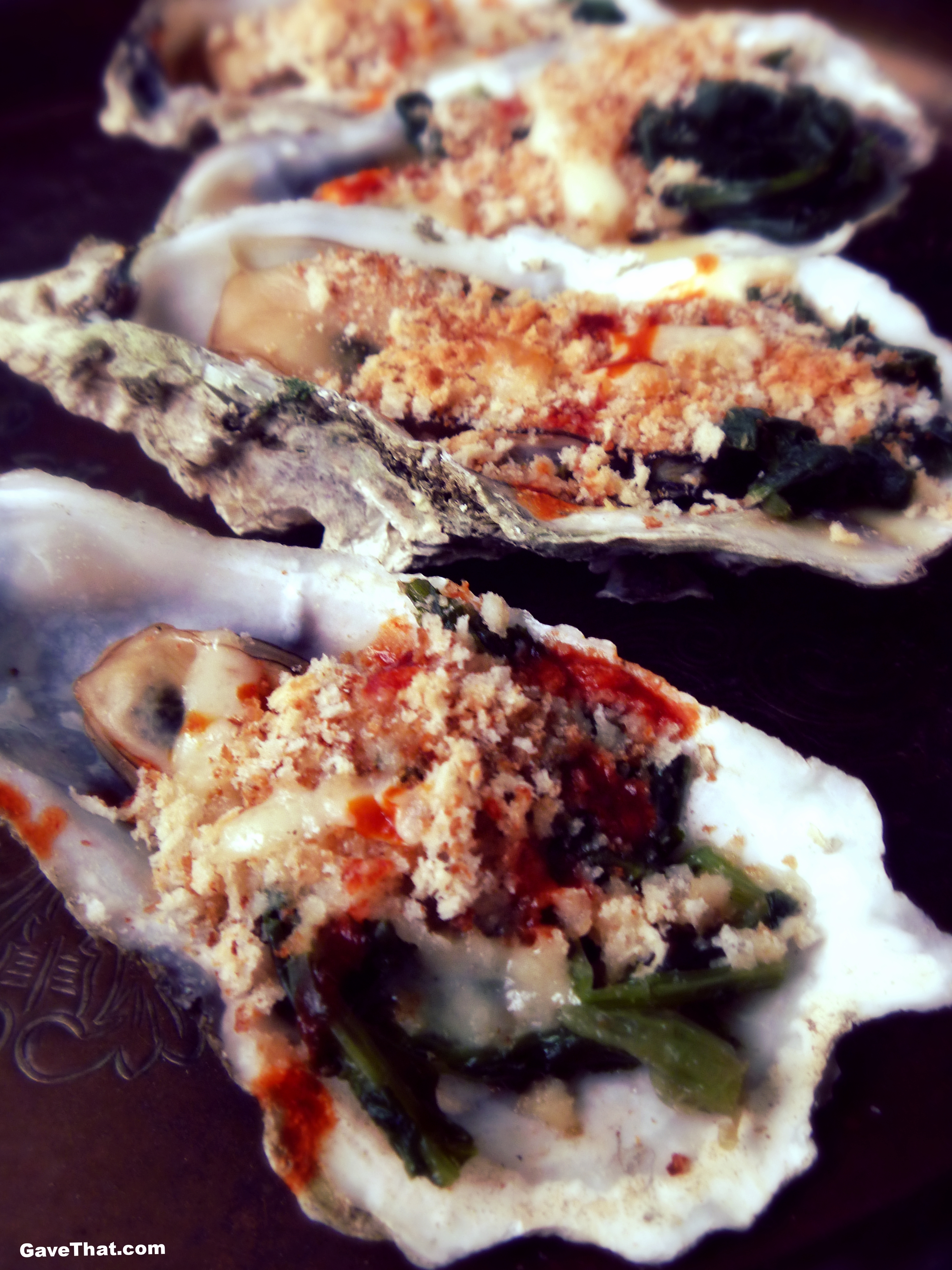 Next to freshly shucked oysters an absolute favorite are these classic Oysters Rockefeller but with a twist. After my brother made some for us we've never left out his secret ingredient, hopefully he will not mind my sharing it with all of you, because they're way too scrumptious not to. Keep reading for... 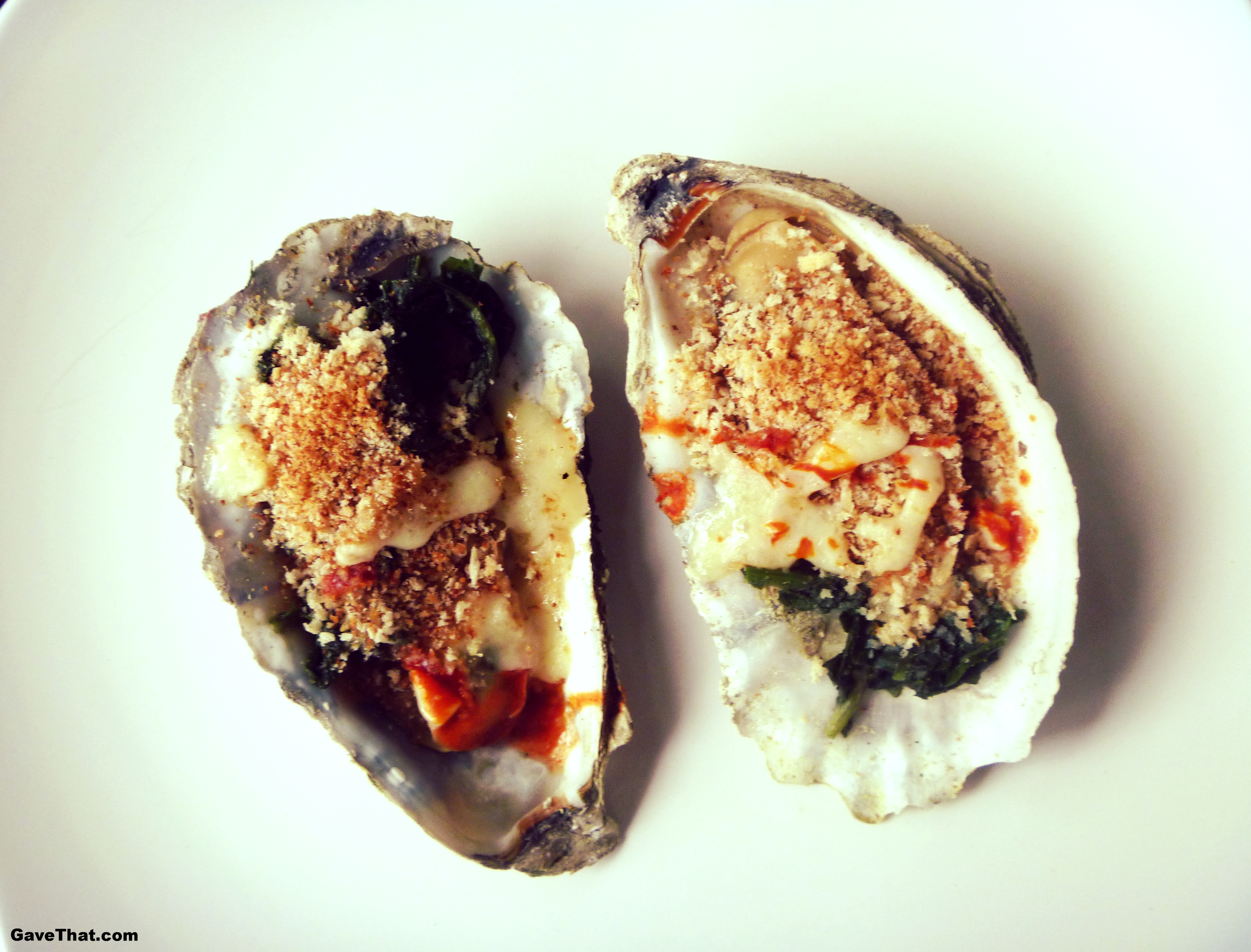 by mam for GaveThat.com based on brothers recipe. June-15-2015
After my brother made his take on Oysters Rockefeller's for us we've never left out his secret cheesy ingredient.
Ingredients
Instructions
Preheat oven to 425 °F.Wash and carefully shuck oysters leaving them on the half shell and in an evenly spaced single layer on a baking pan covered in foil or coarse sea salt.In a saucepan or in the microwave cook the spinach in white wine for 2 or 3 minutes or until tender. Drain and squeeze moisture from the cooked spinach using a fork.Combine spinach, onion, garlic, cheese, butter and bread crumbs in a bowl until well incorporated. Spoon over oysters. Add a dash of hot sauce to each shell and a sprinkle of parsley.Bake for 10 or 12 minutes or until the edges of the oysters slightly curl and the bread crumbs are browned, cheese oozing.
Details
Prep time: 15 mins Cook time: 12 mins Total time: 27 mins Yield: 20 to 25 oysters on the half shell 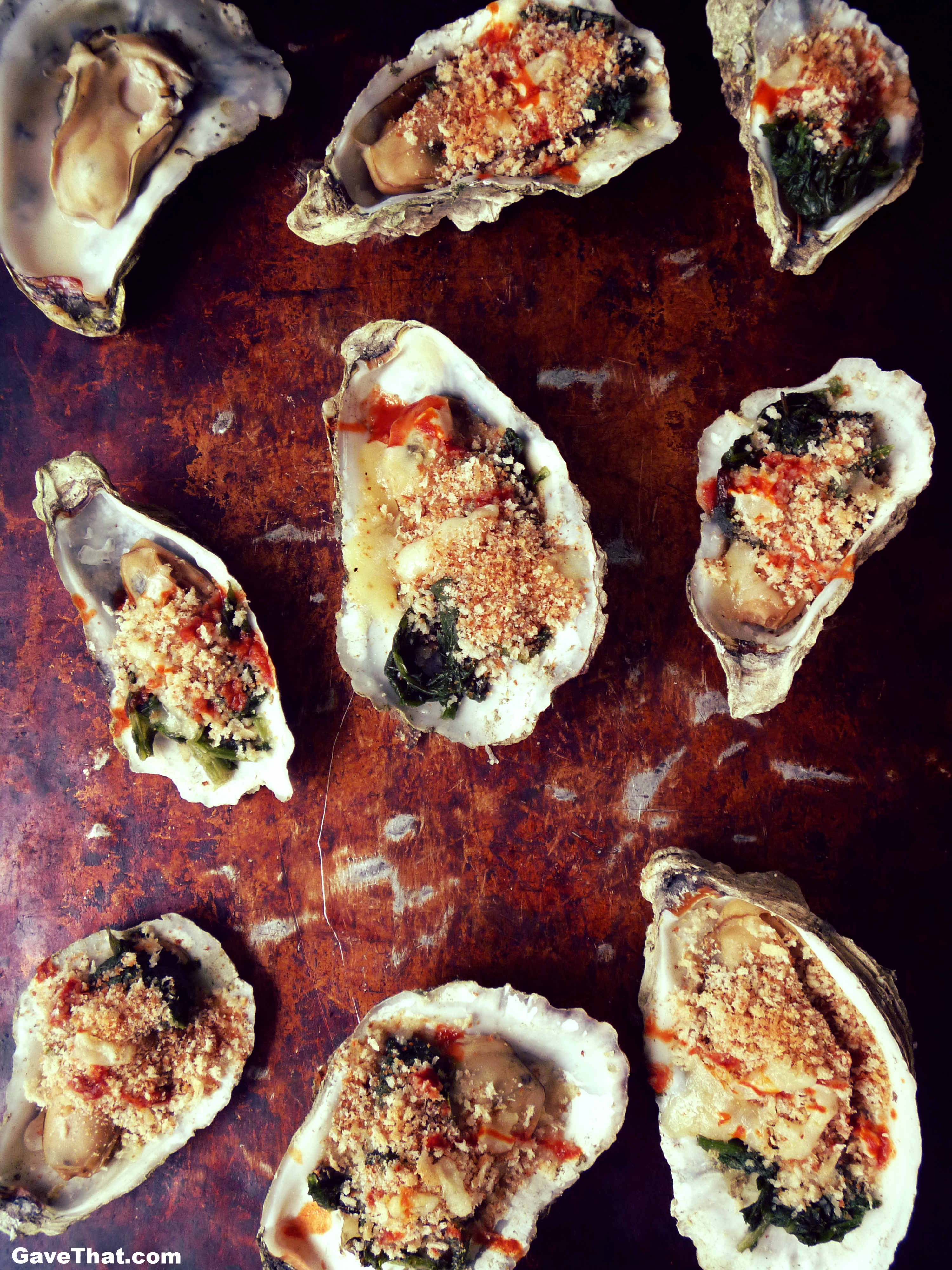