What Not To Do On Your Birthday 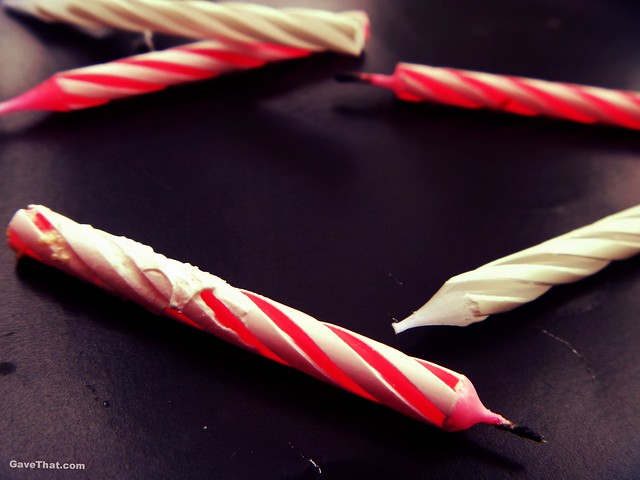 "These seemingly small lapses in etiquette cannot only ruin your special day but put relationships in jeopardy down the road."

Etiquette isn't so much about stuffy rules as it is about doing things and treating people with compassion and respect. The following etiquette blunders will unfortunately not win you many friends or another party.

Falling Into The Registries and Wish Lists Trap
This has to be one of the few no, no's almost purely perpetuated by the Internet and online retailers such as Amazon.com. Sorry but just because a store says it's OK doesn't make it all right. On this Lesley Cerlin and Honore McDonough Ervin (the Etiquette grrls) say,


"The... whole business of registering for gifts has gotten rather out of hand. This, Dear Reader, is just plain greedy. Surely anyone who is close enough to you to have the desire to buy you a present [for your birthday] knows you well enough to pick something out by him/herself.".

The gift giver could be like me, the sort who sees a thing-a-ma-jig and has a vision of someone I know. Then I grab it, wrap it and give it sometimes many months later. I could only imagine the knot in my stomach if someone told me, no I don't want anything from you personally... just something from my list. In most cases I think people are doing this because they think they're saving people time and money having them only buy what they really want/need. Honorable reasons but, just like the cash request below, life isn't only about ones perceived needs. Birthdays and gifts are about so much more... as Mary Catherine Bateson said,


"Every human society uses gift giving-and, of course, exchanging-to define and sustain relationships. When I give you a present, I'm making a statement about who I am, who you are... and what our relationship is between us".


It's pretty one sided when someone tells someone else what they should give. The gift giver seems to disappear from the relationship completely and that has to end up feeling rather like they're being used.

One thing that you can do is drop a few hints about what you've been lusting for. Many people just haven't a clue what to get a person and would welcome some hints. So let people know, especially around your birthday. Create a wish board with pictures cut out of magazines with what you want or use the website polyvore.com and post your creation to myspace and facebook.


Force People To Pay For Your Birthday Dinner
We've all probably fallen victim to this growing trend that smacks in the face of etiquette. Inviting friends to a club, restaurant or party bus for ones birthday and then sticking everyone with the bill is a bad idea. The sort of etiquette snafu that can cause real resentment later on. Especially if people find themselves having a not so pleasant time with a bunch of people they don't know. Ones birthday isn't a time to extort a fancy meal or bottle service from people.

There are always more appropriate ways to get it! For instance you can make like a celebrity and get a company to sponsor your party (although some find this tacky as well) or by saving up all year to go on your own. Having a no-pay birthday at a swanky spot can only mean one thing and that's a friend or loved one doing it on their own out of the kindness of their heart. If you're going to be the one throwing the bash for yourself be prepared to pay for everyone's plate and drinks—this is standard etiquette for any lunch, brunch or dinner you will be hosting. People can then bring the gifts they choose to give you.

Don't Ask For Cash Instead of Gifts
Cash is OK for children and very close relatives in a bind but for the most part cash is utterly forgettable. Everyone likes to feel now and then that they've found one of those memorable gifts to give... that's Gave That's quest too. So let them have at it and don't stifle them with the cash will do brush off. Not only that but asking for cash can come off as being greedy. I'm pretty certain that most people asking for cash are doing so because they have some great need like rent to pay. The thing is ones birthday isn't the time or place for such things. The point isn't to cash in. It's about celebration of life and all the relationships a person has fostered. Asking for cash gives off the unpleasant thought of someone with one of those old lever pull calculators, placing a price on each guests head and rubbing ones hands together in anticipation. Sorry but that isn't romantic or very friendly.
The best way to get cash without putting people off is to sell any gift cards given to you. Try places such as ebay or plasticjungle.com.

Telling People Not To Get You Anything
For some giving gifts out of the blue can feel a tad too awkward and uncomfortable. Especially in our era (unfortunately). Times like birthdays and the holidays have a way of taking off the edge and gives people a free pass to let you know they've been thinking about you. This can be an immensely important and therapeutic thing.

When people think about the reality behind genuine gifts, declining them because they don't want people to go out of their way for them seems silly. Not only that but many people who declined gifts and fuss admitted to feeling jealous when they saw other people enjoying their birthday. It makes one wonder what they were supposed to gain in the first place?

There may be very well throughout reasons for declining gifts but it's important to examine them deeply and make sure they are not connected to ones sense of self worth or lack there of.

Never Bothering To Remember Birthdays
Some people show little interest in the birthdays of others, including friends and family, but expect extreme hoopla over their big day. Sadly life usually fails to work out that way. Or if it does, not for long. Forget other peoples birthdays and they'll be sure to forget yours or you completely. Many books on relationships now tout the virtues of keeping things even. I have to agree.

Anyone can make an honest mistake of missing a birthday or two but the key is to not let this become a habit. Also try to make up for these lapses in memory in some way. Like a surprise invite to go out to dinner or something extra special during the holidays. Gifts remind people a persons been thinking about them in a very physical way. People can't see inside a persons mind but looking at a gift they were given will give them the essence of doing just that.

Forgetting To Say & Send Thank You Cards For Your Gifts
Get a gift, send a card. This is an area that you can't afford to be lax on. Even if a person can say thank you in person, over the phone, through texting, e-mail, IM, what have you, try to take the extra time to send a real card through the post. If a person took the time to pick out a gift and, in most cases, wrap it for you go and make that effort to send that thank you. It makes a world of difference and it just plain feels good. Try to send it ASAP because the longer you wait, the harder it is to send and write your glee over the gift... although the only real late is never. For an ever growing collection of unique thank you cards check out etsy.
More Things You Shouldn't Do:


- Bemoan about the gift that got away! Just because you didn't get what you thought you wanted at your party doesn't mean it won't come later. One way to assure it won't is by complaining during or after your party about what you didn't get. Keep it positive and tell others what kindness people showed you. You never know who might overhear your conversation and grant your other gift wishes.

- Play gift givers off one another. This always comes off as being extremely manipulative and just isn't done. While it's fine to tell what others have given you try not to dwell on that. Instead, if faced with someone who gave you a gift, focus on what it was they gave you and be gracious.

- Keeping a running list of what people should get you prior to your birthday. This is one of the biggest recipes for disappointment and resentment. Even when people drop hints that they might get you something you've been yearning for who knows if it'll actually happen. The key is to have no expectations at all, that way you can be genuinely surprised. Move the focus away from the gifts and zero in on the personal connections celebrated on your birthday. Those after all end up being the true gifts of life.


- Turning your bash into a rent party and demanding cash donations from guests. Passing the till is wrong on so many levels, many of which have already been discussed in the above area of "Having People Pay For Your Birthday Dinner", it's just not done because of the very possible "burning of bridges" that can be the result. Stay away from this practice with a ten foot pole and do not allow anyone to do it in your behalf.

- Chastise people for not coming to your party. This is of course one of those areas where how deep of a friendship / relationship you really have comes into play. A simple, "hey where were you man!?" with a light chuckle might work in some cases but not in others. The same is true of a very empathetic, "were you alright? We missed having you at the party". The main thing is to not press people for answers nor make a big deal of the response or lack there of. The goal should never be to confront.

Once to yourself you can ponder the meaning with some possible answers being the person was ill or embarrassed that they couldn't bring a gift. Other scenarios can include they simply are not interested in maintaining a relationship of any type with you. In any of these situations move on, do not take things personally or harp and see this social graft as a potential gift in disguise.

Also Read:
- When Someone Returns An Unwanted Gift You Gave
- 50 Simple Gifts To Give Yourself
- The Gift of Gratitude
- The Must Have Gift Journal by Loralin Design
- Saying No and Meaning It (When To Say No To Gifts)
- The Top Gifts You Shouldn't Give
- 50 Simple Gifts To Give Yourself
- Tips On Tossing Your Own Charity Dinner Party at Home
Email Post
Posted by Gave That Labels: advice entertaining Etiquette Social IQ